I've been completely neglecting the blog lately because of all the end of the year school stuff.  Doesn't everything seem busier the last month of school?  Of course we also threw a birthday party into that mix as well.  As you've seen in my previous posts, we were gearing up for a Camping Birthday Party.  My daughter loved it and even told me that it was the best birthday party ever before she fell asleep.  Aww, it makes all the work worth it. 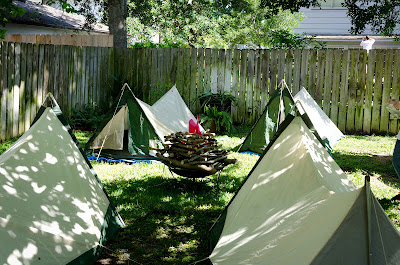 Here is a picture of the tents that we set up in the backyard.  The kids loved running in and out of them.  My parents made a fake fire using a light, fan and cellophane. 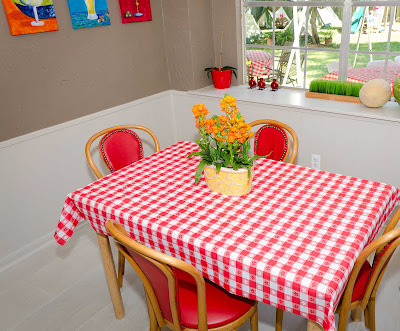 I went with picnic type table cloths on all the tables. 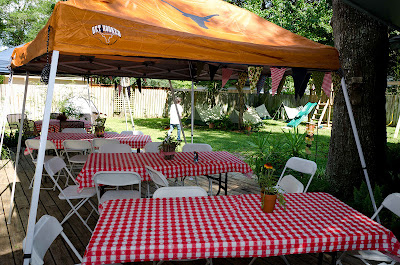 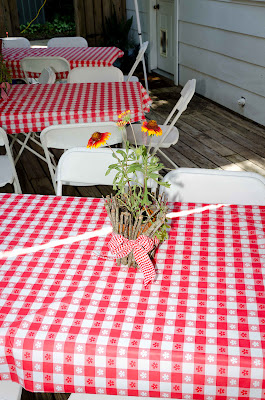 Here are the twig covered pots that I made and used as centerpieces. 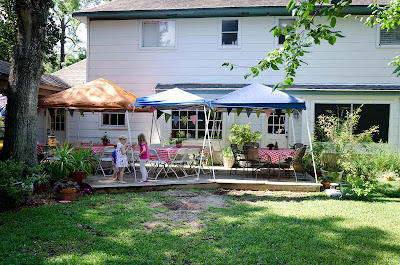 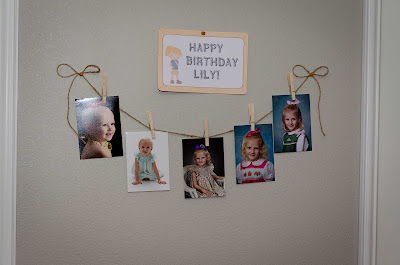 I made a little clothesline with pictures from previous years. 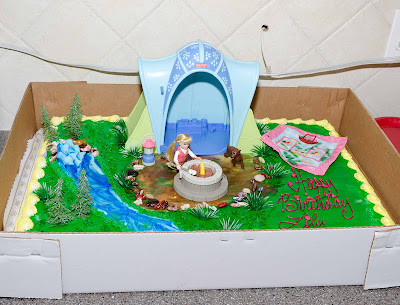 The kids made pet rocks.  They also had a bug hunt at the beginning of the party with fake bugs. 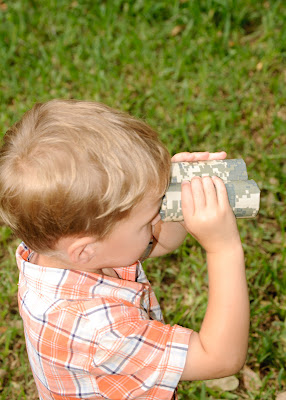 The enjoyed running around with their binoculars that I made for them. 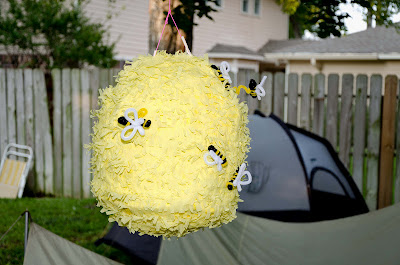 They all took a whack at the Bee Hive Pinata. 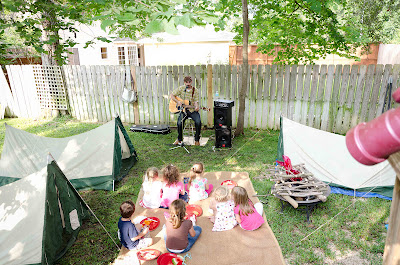 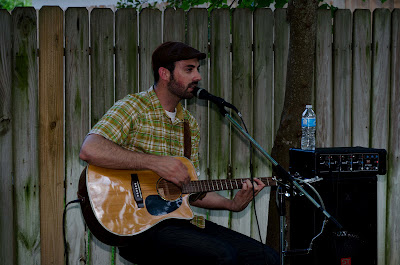 My favorite part was the musician that came to sing.  Andrew is fantastic and he has such wonderful children's songs.  You should check him out at his website, here.
It turned out to be a fun party and I am so glad my daughter went with the camping theme.  The boys and girls from her class really seemed to enjoy it.
Posted by Nikki at 7:25 PM 2 comments: 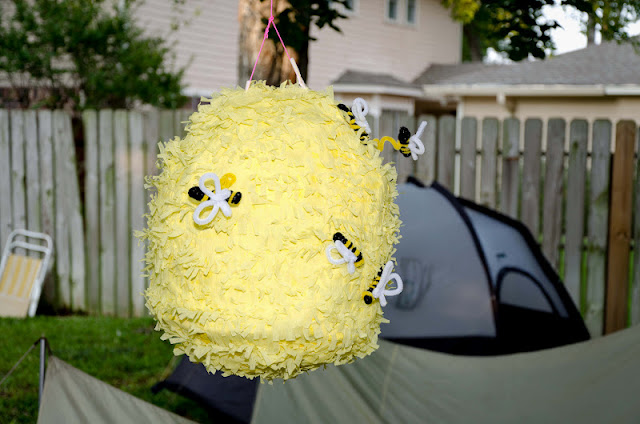 I think you can all call me CRAZY now.  I decide to make a pinata. I know, I know, I can buy a pinata, but I really wanted a bee hive pinata. Since it's a multiple step process you don't really think about it taking up that much time.  That being said, you have to start working on it a few weeks in advance.  It's really not that hard and of course the internet has tips, tutorials and recipes on how to make a pinata.
First step, blow up a balloon.  I wanted a big pinata and bought a punch ball balloon to use.  I found a tip via Pinata boy about wrapping the balloon in newspaper and tape first before coating it with paste.  You need to check out his pinatas they are fantastic!  For the paste I used both the cooking method and the non-cooking method.  According to the internet, cooking the paste makes it stronger, but I still like the non-cook paste.  After the newspaper dried, I cut more newspaper into strips and dipped them in the paste and started layering it on after it was covered I let it dry again.  I continued this process until the pinata felt solid. 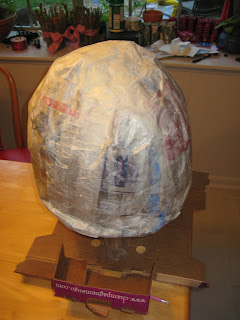 Next I painted it yellow.  To cover the newspaper print up you need to mix white paint in with the yellow. Now I began the process of gluing crepe paper on to the pinata.  I just rolled it on and glued it.  After that was done I created the fringe with my scissors and fluffed it up. 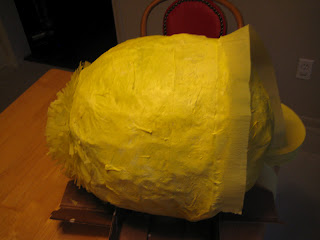 Now you are ready to fill your pinata.  Cut a U-shaped hole to fill it up with candy.  I put mine at the top and threaded string through it a the same time so I could hang it later.  I also found a tip that said to put the string through a straw so it wouldn't rip out of the pinata as easily.  Then you can tape the hole up and put crepe paper on top to cover it.
Now it's time to make the bees.  What's a bee hive without some cute bees flying around it. I created the bees from pipe cleaners.  To make the bees that look like they are flying I put an extra pipe cleaner on it and poked it right into the bee hive.  Cute, right? 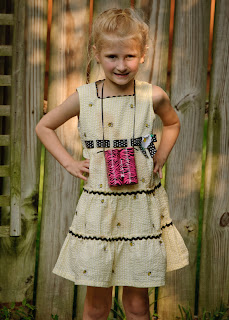 DIY binoculars is a very easy project and so cute for the kids to play with during the summer.  We took a 12 foot -1" PVC pipe and cut it into 4" sections.  Then I used the duct tape with all the cool designs and wrapped each PVC piece and taped two together.  Once that was done, I drilled holes on to the sides and threaded ribbon through the holes to make a strap for the kids to hang it around their neck.  The binoculars makes a cute inexpensive party favor for a camping party. 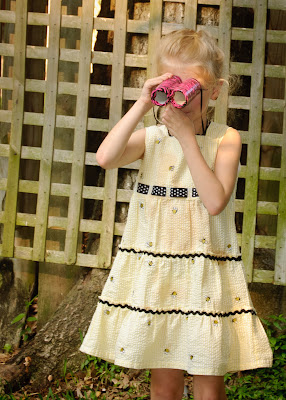 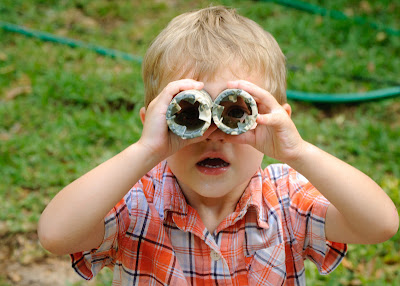 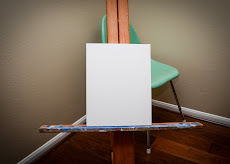 Nikki
I absolutely love anything that is creative, funky and modern. I am an interior designer that is inspired to paint and create in my free time. 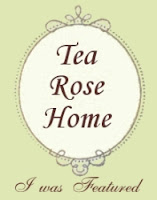